(CNN)Your colleague says they have a "brilliant" idea for a project your team is working on, and you are excited to hear about it. But it turns out to be a total dud.

What do you do?

"You have two objectives here: to come up with the best work product you can and to maintain a relationship with the colleague," said Lindsey Pollak, author of "The Remix: How to Lead and Succeed in the Multigenerational Workplace."

The trick is to shut it down gently, while still making your coworker feel valued and respected.

The idea might be terrible, but don't just knock it down and move on.

When someone approaches you with an idea you think misses the mark, try to take more of an exploratory approach, suggested Marie McIntyre, a career coach and author of "Secrets to Winning at Office Politics." That means shutting off the urge to be critical and being more open and receptive to the idea.

"Don't immediately respond with judgment, whether good, bad, workable or not," she added.

Take the time to hear them out and let them explain their thought process on why they think their idea is good.

Keep in mind that some of the biggest successes weren't immediately seen as flashes of brilliance.

Ask the right questions to show the cracks

Asking questions can lead your co-worker to discover the reasons why the idea isn't so great on his own.

Try asking something like: What are the benefits of this? How do you see this playing out? How does this meet the project or client's objective? 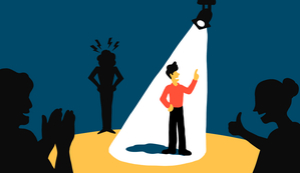 What to do when someone takes credit for your work

"Challenge them," said Jodi Glickman, author of "Great on the Job: What to Say, How to Say It. The Secrets of Getting Ahead."

"You want to ask them questions to get them to the place where you are. You are trying to show there is a disconnect and their idea isn't going to lead to the right outcome."

Asking such probing questions can also help you find any parts of the idea that might actually work.

If you are at a loss for words, embrace the power of the word "interesting," recommended McIntyre.

"You can always say anything is interesting," she said.

It's a neutral word that continues the conversation skeptically, but doesn't immediately squash the idea.

It also helps to be clear when expressing your concerns, so the person feels heard. Say the idea is an interesting approach but you have concerns, and then detail those concerns, suggested McIntyre.

"If you have listened and respected their idea and they feel represented they are more likely to listen to your feedback," she said.

However, if you're on a deadline and don't have time to thoroughly explore an idea, you can take a more direct approach, said Pollak. "Tell them you don't think it's going to work, and this is why."

Trump Focuses on Economy at Davos, Seeking a Counter to Impeachment

Why Corporate Superwomen Should Save Themselves First

Special dividend for shareholders is always on the table, Costco CEO says

Super Bowl 2020: Here's your travel guide to the big game in Miami