Interviewing for a new job? Here's the best time to bring up salary

When interviewing for a job, you want to enthusiastically spout off your skills and the value you can bring to the company.

But when should you bring up the "s" word?

What happened when these women found out what male colleagues made

Handling a crisis is always hard. Here's how companies can do better

Are you ever too old to start investing?

If you throw out a number first, you risk limiting the offer that might be coming your way.

As a candidate, you have no bargaining power. You haven't had the chance to show off your skills, ideas and how you would be an asset to the company. The further along you make it through the process without giving salary expectations, the more money you can likely command.

"Everything you say in the interview process either helps or hurts you," said Katie Donovan, founder of Equal Pay Negotiations. "You are most powerful after they are in love with you and after the job offer. You have just proved you are the best candidate, now is the time to try and get everything you can for the job, but not a moment before."

She even suggested that if a job application requires you to list a salary expectation, write zero.

But avoiding the subject of salary isn't always easy. Recruiters and hiring managers are trained to get this information out of you. 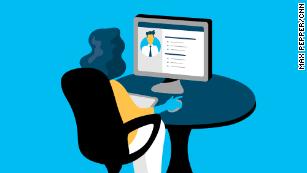 If the question is asked early in the process, Donovan recommended saying that you don't know enough about the job yet.

"There is a lot of pressure [to give a number] and most people comply because they want to get to the interview process," said Doody. "That can be a very expensive mistake."

If you really need to know about pay, Linda Babcock, an economics professor at Carnegie Mellon University, said you can ask about the pay range for the role. But be prepared for them to come back and ask for your number.

"You are obligated since you are the one who broached the question."

If you do provide a range early in the process, that shouldn't stop you from negotiating an offer later, according to Doody. "You just negotiate normally and if they question it, you can say that 'I was just guessing before, but that was when I had not seen the full offer or the benefits package. Now that I've seen those things, I would like to negotiate.'"

Even if you're being recruited, try to avoid being the first one to ask about salary.

What Women Really Want From Their Employers