On the morning of January 7, 2019, my husband was about to become the 40th governor of California, I was going to become the first “first partner” of California, and our four young children were going to take the stage and be thrust into the spotlight with a new level of national attention.

I had a plan for how I wanted to introduce our family to our state. The fight to put on tights and button-down shirts was won, though the fight to take off one coat was lost, and their hair was combed just so. And then, just a couple of minutes into my husband’s inaugural speech, our little Dutch wandered onto the stage holding his binky and his blanket “passie”—much to the audience’s delight and my chagrin.

The media hailed Gavin as “Governor Dad,” and our son Dutch became an internet sensation. I, on the other hand, was asked by too many people to count—in that half-joking but in fact quite serious tone—how could I have possibly let him get up on that stage, and also, why did he still use a pacifier?!

I tried to pretend it didn’t bother me, but the truth is it did. It was a reminder that despite our partnership and despite the support I feel in our relationship, I will always bear the responsibility of our children in a way Gavin never will.

And therein lies a deep truth about the struggle for equality, a truth that can often be hard to acknowledge: Policies and structural changes are essential, but on their own those can’t change our cultural attitudes and behaviors toward women. Until we stop treating parenting as a woman’s burden and a man’s adorable hobby, the gender gap we see at work and at home won’t disappear.

The research shows that when women become mothers they face a motherhood penalty at work. Employers are less likely to hire moms than they are to hire women without children, and when they do hire a mother, they offer her a lower salary than they offer women without children. Studies also show that mothers are considered less committed to their jobs in comparison with their childless coworkers, while men are considered more committed once they have children. In fact, men actually receive a fatherhood bonus, seeing a 6% increase in their salaries once they become parents! It’s not surprising then that my husband’s popularity seemed to soar after his big onstage dad moment! 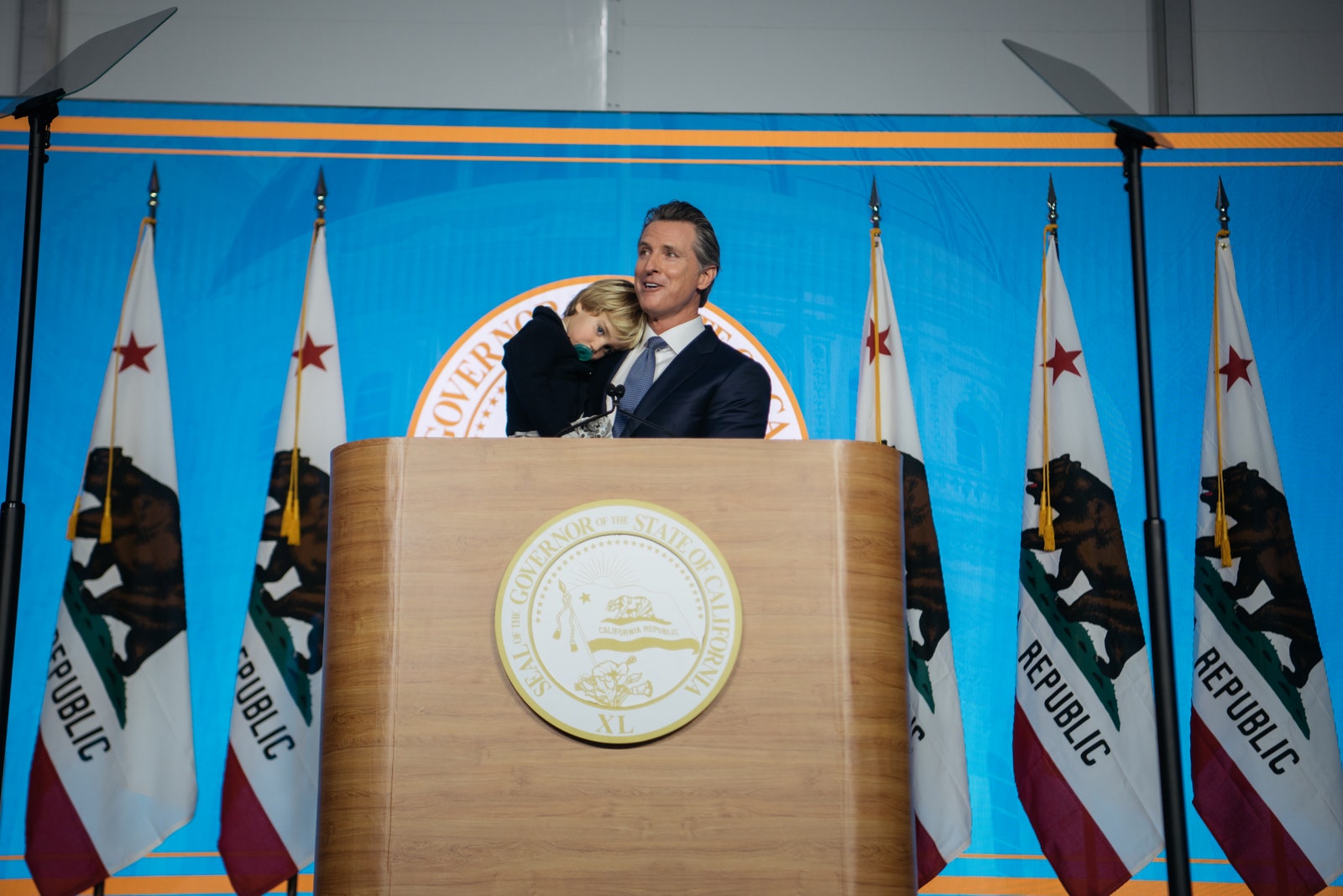 Is it any wonder then that women don’t face just a gender wage gap, but a specific mother’s pay gap as well? Yes, we know women earn on average only 80 cents for each dollar a man makes (with women of color making much less), but mothers face an additional pay gap for that choice, taking home on average only 69 cents for every dollar that fathers make.

I know I’ve had many benefits in my career as a working mom. As a documentary filmmaker working in the feminist nonprofit realm, my decision to have children was cheered on and supported by my board and colleagues. Breastfeeding at the editing table or working hours that didn’t fit the 9-to-5 mold was met with applause rather than retaliation. But the same can’t be said for so many of the women I know, so many of the women I have met along my journey: the restaurant worker with three kids who keeps getting passed over for the manager promotion; the lawyer on the partner track who is afraid to tell her boss she is pregnant; the retail worker who didn’t get the job when she had to pick up her sick child from school and bring her to the interview.

We really do ask women to do it all—and then we don’t even pay them for it.

But perhaps there is hope; perhaps the tide is turning just a bit. At a press conference I attended this past spring with my husband, I was so proud to stand with him and announce our Parents Agenda—a slew of budget policy proposals designed to help families, and mothers in particular. The proposals represented exactly the kind of structural changes our society does in fact need in order to create a more level playing field for women—an additional two weeks of paid family leave per parent, more affordable child care, and the removal of taxes on diapers and tampons. It was a triumphant moment that signaled the kind of progress we could make for women’s equality if only all our leaders could get on board.

Then, at the end of the press conference, a reporter asked the governor whether he was a feminist. He gave an immediate and resounding yes. As the husband to me, a longtime women’s rights advocate, “it couldn’t be any other way,” he said.

But then he went on and admitted something that most men won’t. “I struggle with balancing the words with deeds,” he said. “I think this whole issue of the disparities is really about equal weight at home. That’s a struggle, and it’s a struggle for my wife. It’s a struggle for spouses all across this country. And men don’t fully appreciate, they really don’t…the amount of time [and energy] that’s sort of invisible.”

The women in the room—from the reporters to the legislators to the governor’s own staff—all began nodding their heads in agreement. He was acknowledging the work that men are often neither expected nor asked to do. Not just, for example, the unique pressure I felt to ensure my kids looked “good enough” on Inauguration Day, and the blame only I received when it didn’t go according to plan, but also the time I spend managing their schedules, keeping track of their shoe sizes, rearranging child care when someone is sick, and remembering what to pack for their activities after school; and perhaps most of all, the emotional energy spent when one of them is struggling and needs that extra support at home.

Schitt’s Creek Has Been Building to This Point About Love

Pregnant Women Are Still Struggling To Keep Their Jobs