Sophie Vershbow has seen her share of "OK, boomer" memes in recent weeks. The phrase that's suddenly everywhere is meant to convey a fundamental disconnect between younger generations and baby boomers who cling to outdated, off-base ideas.

To Vershbow, a 30-year-old social media manager, the sentiment behind the memes is this: "I think it's a dismissive, 'OK, whatever you say.' "

Case in point: 25-year-old New Zealand lawmaker Chloe Swarbrick recently hurled the "OK, boomer" phrase at older colleagues heckling her during her speech in support of a climate change bill.

Chloe Swarbrick, a New Zealand lawmaker, responded to an older colleague heckling her in parliament with ‘OK, Boomer’ https://reut.rs/2rhkfjX 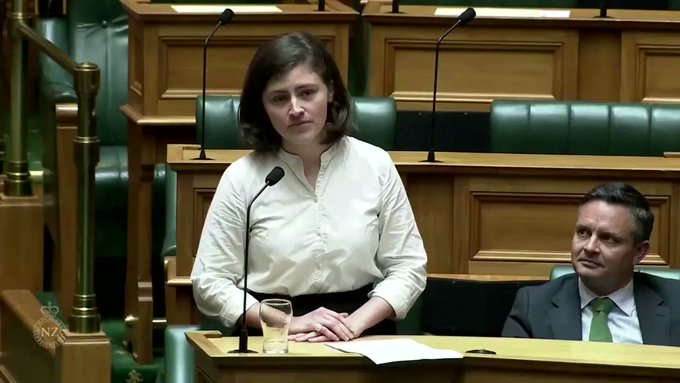 The cross-generational insults have ratcheted up in recent weeks, also inspiring a backlash, including from those comparing "OK, boomer" to racial slurs. Last week, AARP, the group most identified with boomers, weighed in. That did not go well.

These warring posts — and the social commentary around them — suggest a yawning gap between the old and young. They speak to different attitudes about social and political change, and they raise questions about how deep those differences go.

Vershbow, who works at a book publisher in New York, says she likes working with boomers but says there can be issues. "These younger generations keep feeling very misunderstood," she says. 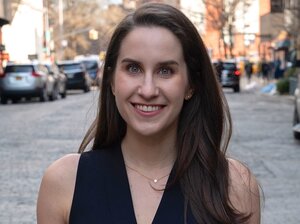 Sophie Vershbow, a social media manager, says discussing age at work, even where it's professionally relevant, can be tricky.

That's not surprising. Outside of family, the workplace is where generations interact the most. People are living — and therefore working — longer than ever. Now, for the first time in history, the workforce spans five generations, from the Silent Generation, in their 70s and 80s, to Generation Z, just entering their 20s.

Work is also where many social issues play out, presenting the potential for generational debate over everything from gender-neutral bathrooms to the #MeToo movement.

But Vershbow says discussing age at work, even where it's professionally relevant, can be tricky. For example, she says she once noted during a meeting how her age cohort shops differently. "I was literally called ageist," she says.

She felt silenced, aware that she is not the one in a position of power. That still lies with her elders.

"I think these are really sensitive issues that are superdifficult to discuss in the workplace, even when they're vital to the work you're doing," Vershbow says.

Kashti Khan, who is 22 and sells advertising for the Houston Chronicle, says she has a lot in common with the baby boomers she works with directly. But outside that circle, that's not always true.

"You look good today," an older man might tell her. "And I'm like, that's such a weird thing to say," Khan says.

She also thinks, "OK, boomer," to herself when colleagues don't understand the concept of a fluid gender identity. "They'll say something like, 'You know, there are only two genders.' And I mean, I understand that that's how they were raised, but that kind of stuff just doesn't fly now."

Five Tips For Supporting Muslim Employees In The Workplace

How to Get More Men to Take Gender Balance Seriously

Eight in 10 want a right to know male colleagues’ salaries