Many employers would agree that sick workers should stay home to recover and that employees should be able to care for ill relatives when needed. But the proliferation of state and local sick-leave laws with different requirements can burden employers with significant administrative and compliance challenges.

At the end of March, Michigan became the 11th state to require private employers to offer paid sick leave for workers to recover from an illness, seek medical care or care for a sick relative. The Great Lakes State joined Arizona, California, Connecticut, Maryland, Massachusetts, New Jersey, Oregon, Rhode Island, Vermont, Washington and Washington, D.C., in requiring businesses to offer such benefits. Many of these laws also allow workers to use paid-sick-leave accruals for "safe" time if they are targets of domestic violence, sexual assault or stalking. Additionally, Oregon law provides safe time for harassment targets.

Each state law has different rules about who is covered, the reasons leave can be used, the rate at which employees accrue paid leave and the waiting periods before paid sick leave can be used. To make matters more complicated, many local jurisdictions have their own paid-sick-leave laws that offer more-generous benefits than the state law or are in locations without a statewide law. 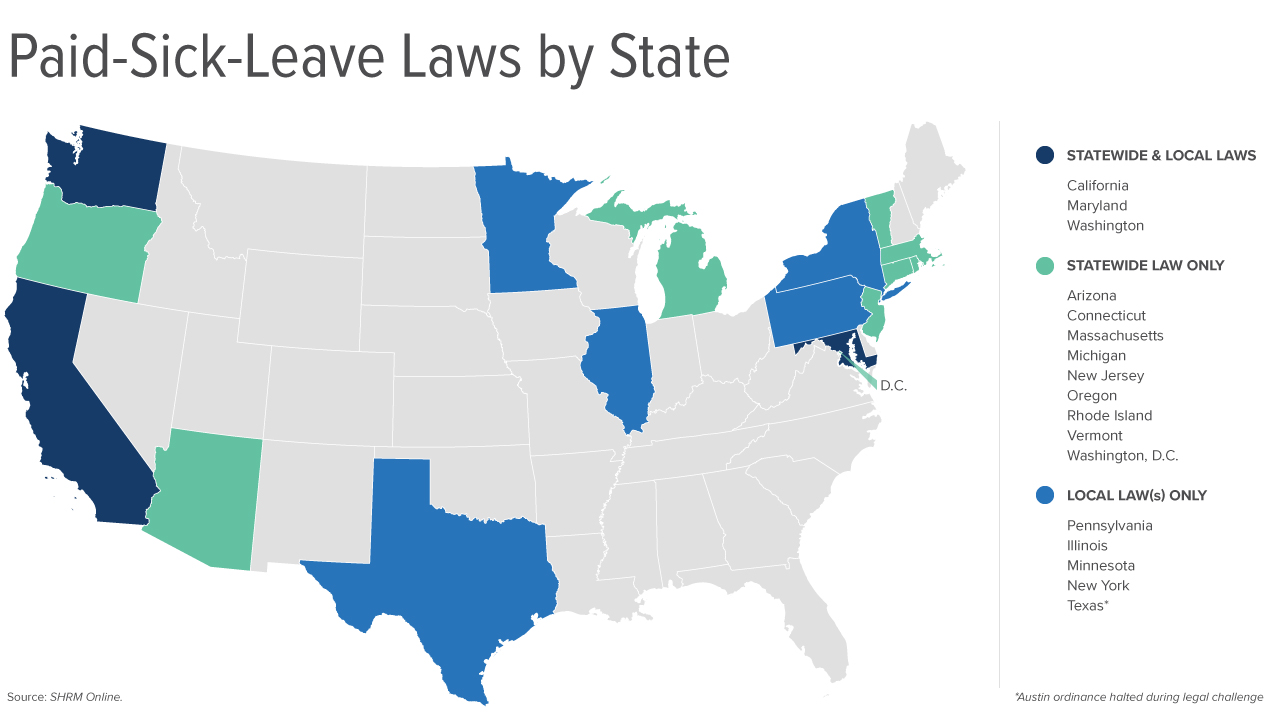 Paid Leave Soon to be Required in Nevada